Our Ant Month series continues with the second featured species: fire ants. Unlike our first spotlighted species, the Argentine ant, an invasion by these hostile insects brings the risk of painful bites and stings—these territorial ants aren’t exactly the most pleasant houseguests. ORIGIN: Fire ants species are largely imported, native to South America, and were first documented in the United States in the 1940s. Fire ants prefer sunny, open locations when searching for ideal nesting sites. Their domed mounds can be very large, spreading up to four feet in width and standing under two feet tall at their largest. Fire ant mounds appear in varied spots but are most often in sandy or dirt-filled areas within yards, pastures, parks, fields, and gardens.

Fire ant mounds don’t have an entrance or exit in the center of their domed nest, and these pests actually utilize a series of tunnels with entrances often several feet away from flattened, raised soil mounds. Some fire ant mounds are obscured by piles of wood, large rocks, pavement panels, or other piles of debris, making avoiding their colonies a unique challenge in these cases.

Though fire ants are more inclined to nest outside, they have been found near heating and cooling units, in electrical boxes, and near pipes and wiring. Often fire ants will nest outside near buildings and structures, and as their colonies rapidly grow, their nests will extend within walls. Fire ants are a prolific bunch. When they find a sufficient food source, they’re likely to stick around for some time. Fire ants are named for the painful, burning sensation that follows one of their venomous stings. When their nests are disturbed, thousands of angry fire ants can emerge at once. Individual fire ants rarely sting only once, so a whole group of these territorial pests can inflict some serious pain when defending their nest. While stings are painful and irritating for most of us, some people may have a rare allergy to fire ant venom. In these cases, stings can be a serious health concern.

In addition to stings, fire ants’ undiscriminating diet often leads them to feast upon creatures carrying harmful diseases, illnesses, and pathogens. Fire ant workers foraging for dead or decaying insects and animals can track unhealthy bacteria in and around your home while on the hunt, putting you and your family at risk for some unwelcome illnesses.

Fire ant’s rapid growth can also seriously disturb landscaping and even damage structures. Damage caused by fire ants can be difficult to catch before it’s too late and can result in unsightly garden destruction, hazardous electrical damage, and costly repairs. A colony of fire ants can get out of hand before you know it. Intervening as soon as possible is vital when facing a fire ant infestation. GETTING RID OF FIRE ANTS For ant invasions large and small, a call to our pest control professionals can help you get rid of these insect intruders—an important factor when dealing with aggressive fire ants. Don’t put yourself or your loved ones at risk for painful stings. Our pest experts can identify circuitous fire ant nests and eradicate them for you.

RELATED POSTS:
How to Prevent Pesky Ants
Bugs That are Mistaken for Bed Bugs
How to Identify and Get Rid of Mud Daubers 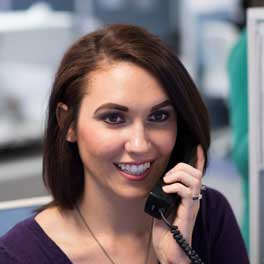